Uzodinma Iweala is an award winning writer, filmmaker, and a medical doctor. He is the CEO of The Africa Center in New York, dedicated to promoting a new narrative about Africa and its diaspora through a focus on culture, policy and business. Uzodinma was the CEO and Editor–In–Chief and co-Founder of Ventures Africa Magazine, a publication that covers the evolving business, policy, culture and innovation spaces in Africa. He has written three books including Beasts of No Nation, a novel released in 2005 to critical acclaim and adapted into a major motion picture; Our Kind of People, a non-fiction account of HIV/AIDS in Nigeria released in 2012; and Speak No Evil, a novel about Washington, D.C. released in 2018. He was also the founding CEO of the Private Sector Health Alliance of Nigeria, an organization that promotes private sector investment in health services and health innovation in Nigeria.

Jenny Hourihan is the Chief Operating and Financial Officer of The Africa Center. Prior to this, in her consulting practice, she has worked with nonprofits and start ups, specializing in strategy, financial administration and the creation of new business or program initiatives. In past roles, she served as Interim Chief Financial and Administrative Officer for Wellpass, President & CEO of ORBIS International, Chief Financial Officer of Pro Mujer International, and Managing Director and Sector Head for Bank of America, Merrill Lynch and the Salomon Smith Barney unit of Citigroup, where she led global teams in North America, Latin America, Europe and Asia. Her commitment to civic life includes serving on the boards of CAMBA, Volunteers of America – Greater New York, Swarthmore College, RockTenn Company (now WestRock), and Prospect Park Audubon Center Advisory Board. She has an Honors Bachelor of Arts degree in Economics from Swarthmore College, was a Thomas B. McCabe Scholar, a Peaslee Scholar and a Harry S. Truman Congressional Scholar.

Alana Hairston brings fifteen years of experience in the strategic planning, implementation and oversight of social good programs and grants in sub-Saharan Africa to The Africa Center.  Prior to her role at The Africa Center, Alana served as a Senior Program Advisor with Keep a Child Alive, an operating foundation co-founded by Alicia Keys. She has also managed programs and corporate partnerships in sub-Saharan Africa with the Elizabeth Glaser Pediatric AIDS Foundation, Pathfinder International and ICAP at Columbia University. Alana also provides support to women in the African Diaspora to reach their philanthropic goals and maximize the impact of their philanthropic contributions. Alana began her career as a Teach for Africa fellow with the International Foundation of Education and Self-Help in Dalaba, Guinea, and with Santo Egidio at the Polano Canico health center in Maputo, Mozambique. Alana holds a Bachelor of Arts in International Studies from American University in Washington, D.C., and a Master of Science from the London School of Hygiene and Tropical Medicine.

Lawrence has been with the institution for 18 years, spearheading the Center’s outreach efforts, and has organized campaigns to reach African Missions and Ambassadors, churches, schools and senior centers. To date Mr. Ekechi has successfully met with 47 African Permanent Missions to the United Nations, governmental agencies, civic leaders, enlisting support for the Center and its work. Within the Education Department, his responsibilities have also included working with school groups, and organizing aspects of public and educational programs. Prior to joining the Center’s staff, Mr. Ekechi held positions at JFK International Airport and at Holman Nigeria, where he was the company’s Shipping Controller. He holds a diploma in Industrial Relations Management from the University of Ibadan, Nigeria, and a diploma from the Royal Society of Arts, London. He has also studied Business Management at The Cardiff Institute of Shipping Management, Lagos, Nigeria, an affiliate of Cardiff Institute, London. He has completed a one-year course in Professional Development with The Northern Manhattan Fellowship-Center For Community Leadership at the JCRC-NY, as well as the Civic Engagement & Leadership Development course at The CUNY Murphy Institute.

Henone Girma is an Ethiopian born curator and arts administrator. Her portfolio includes working as Associate Curator for ReSignifications—an exhibition organized by NYU Florence as part of Manifesta 12 art biennial in Palermo, Italy. Girma has worked as guest curator and has overseen programs and installations of exhibitions at a number of New York City and surrounding area institutions such as the Newark Museum where she was an Andrew W. Mellon Research Associate, Art in FLUX Harlem, the Visual Arts Center of New Jersey, and the Northern Manhattan Arts Alliance. She brings to The Africa Center over five years of experience supporting both cultural and non-cultural organizations in an administrative capacity. Her work has been published in the art anthology, The Newark Museum Collection: Arts of Global Africa—where she contributed a catalogue entry on artist Wosene Kosrof—published in January 2018. She holds an International Business degree with a minor in French from University of Texas at Arlington and an MA in Visual Arts Administration with a nonprofit concentration from New York University.

Vasilis Onwuaduegbo is a Nigerian writer with a bachelor’s in International Relations from Indiana University Purdue University Indianapolis. While in college, he was quite involved with the African Student Association and the Undergraduate Student Government. He has worked both in the US and abroad. In his final year of college, he spent a summer in Toronto working with a nonprofit that provided educational assistance to young women in Uganda, Sierra Leone and Rwanda. He also has experience with refugee resettlement agencies such as Catholic Charities and resource centers like the Immigrant Welcome Center in Indianapolis. He currently resides in Brooklyn while he develops his artistic and professional skills. He has great interest in African issues especially in regard to queer individuals and women.

Evelyn Owen is a curator and writer. A cultural geographer by training, her research explores contested geographical imaginations, especially in relation to art and artists from and about Africa and its diaspora. For The Africa Center, she co-curated the installations Gymnasium (2019) by Thenjiwe Niki Nkosi, Harlem Sunrise (2018) by Victor Ekpuk, and Lagos State of Mind II (2014) by Emeka Ogboh. Elsewhere, she curated Tracing Obsolescence at apexart, New York (2018) and, with Yaëlle Biro, co-curated the exhibition The Aftermath of Conflict: Jo Ractliffe’s Photographs of Angola and South Africa at The Metropolitan Museum of Art, New York (2015). Other projects have included consulting on the collaborative photography exhibition Bamako & London (2012) at the British Museum, London, and on the book “Making Art in Africa: 1960-2010” (2014, edited by Polly Savage). Originally from the UK, Evelyn received her BA in Geography from the University of Cambridge, and an MA in Cities and Cultures and a PhD on the Geographies of Contemporary African Art from Queen Mary, University of London.  She is an alumna of Independent Curators International’s Curatorial Intensive program.

Velky Valentin is the Center’s Controller, and she manages key aspects of the financial and accounting functions for the capital campaign and the annual operating budget. She has over seventeen years of experience in book-keeping, non-profit management and finance from Dance Theater Workshop, where she worked as the Finance Associate, Associate Director of Finance and as the Controller, as well as a position as the Controller of the David Lynch Foundation. Ms. Valentin holds her Bachelor’s in Business Administration from Baruch College. 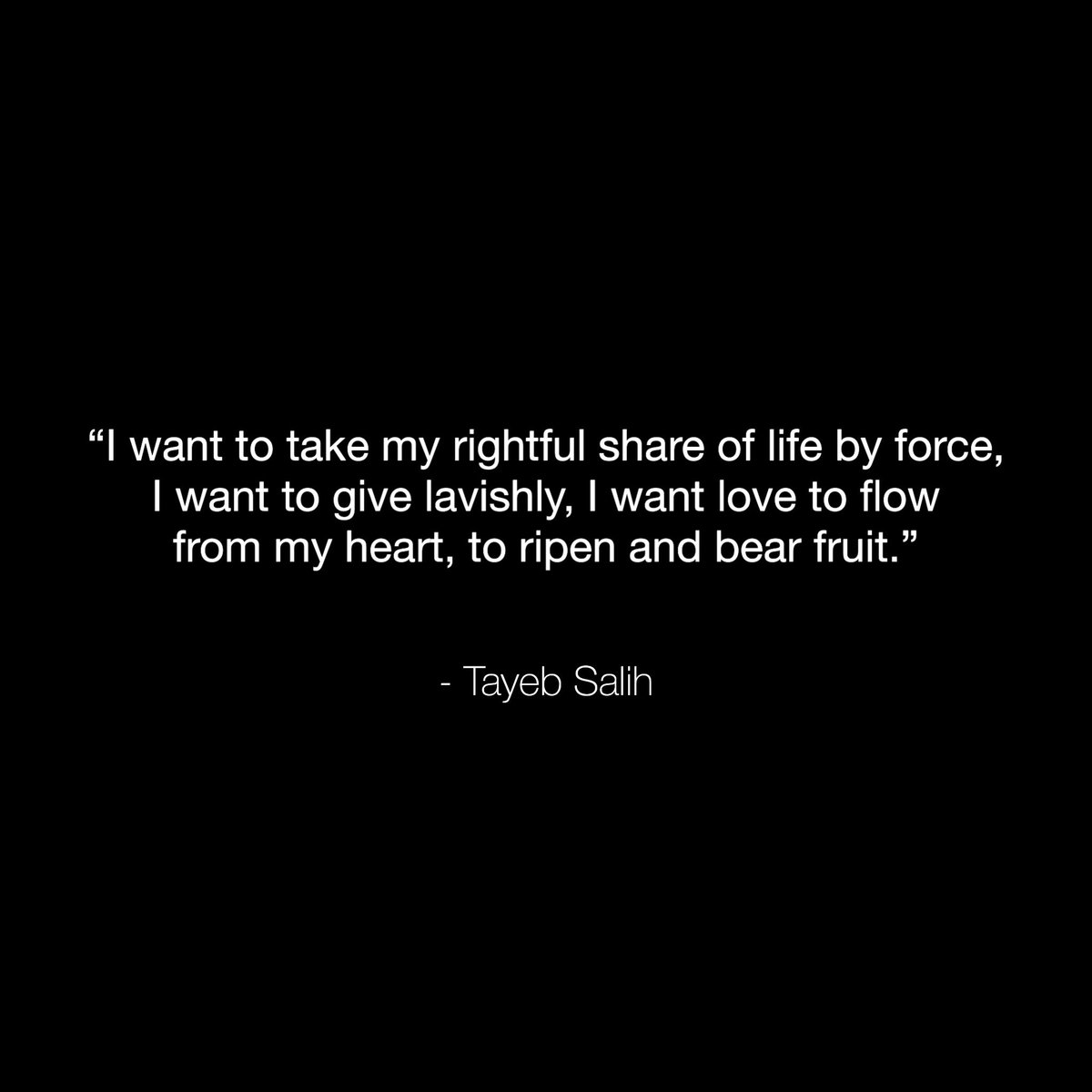