Presented in partnership with the Museum of Food and Drink (MOFAD)

Tickets for MOFAD’s African/American at The Africa Center are now available for purchase below.

Educators interested in guided tours and more, book your class below!

As part of MOFAD’s Community Membership, free general admission will be offered to African/American: Making the Nation’s Table for up to 450 households located in Harlem and neighboring zip codes, please click here for more information.

Curated by Dr. Jessica B. Harris—Widely considered the world’s preeminent expert on the foods of the African diaspora—the exhibition reveals the stories of innovators, cooks, mixologists, and entrepreneurs as it emphasizes that African American food is American food. 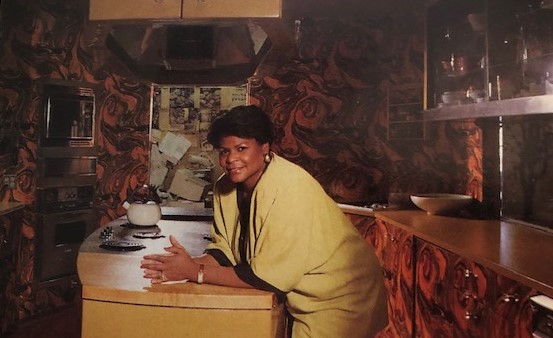 Displayed within the newly-constructed home of partner The Africa Center at Aliko Dangote Hall (1280 5th Avenue, New York), the first-of-its-kind exhibition celebrates the countless contributions of Black chefs, farmers, and food and drink producers who have laid the foundation for American food culture — recognition that is long overdue. Understanding the rich and expansive stories underlying any good meal, African/American seeks, in its immersiveness and historic scope, to offer a portrait of the immense breadth of African American traditions and innovations in cooking.

The centerpiece of the exhibition, the Legacy Quilt—illustrated by Adrian Franks, sewn by the quilting collective Harlem Needle Arts using period-appropriate fabrics, and featuring blurbs on each block by writer Osayi Endolyn—depicts, through traditions stitched together and interconnected across the Diaspora, space, and time, a selection of hundreds among countless stories that deserve recognition. This awe-inspiring artifact stands 14 feet tall and nearly 28 feet wide. The Legacy Quilt also includes an interactive, virtual experience whereby people can submit their own stories of African American culinary heroes to add—emphasizing that these culinary histories are not finite, that the work of documenting and celebrating them is ongoing.

Visitors are then carried through four centuries of influence on agriculture, culinary arts, brewing and distilling, and commerce. The movement of people—whether enslaved Africans across the Atlantic or over six million Black Americans from the South to the North during the Great Migration—and in turn, their food traditions across place and time, is a central theme of the exhibition.

While the Legacy Quilt offers a breathtaking panorama, the Ebony Magazine Test Kitchen—saved from wreckage thanks to preservationists Landmarks Illinois and accessible to the public for the first time in history —offers immersion into a specific institution (and its vivid, Afro-Modernist aesthetic representation of its historic moment) that served as a culinary touchstone for more than two generations of African Americans. Described by The Chicago Tribune as “the most distinctive test kitchen ever created,” it was the site where recipes from Ebony food editors—from oyster gumbo to sweet potato pudding—came together for the iconic “A Date With A Dish” column. The multisensory experience features a soul-stirring soundtrack curated by musician, farmer,  and chef Kelis, and video interviews with former Ebony food editors.