CLICK HERE for resources shared by the Mayor’s Office of Immigrant Affairs during the program.

Join The Africa Center for a discussion about the issues that matter to African Immigrants in NYC.

In our first program of the new year, The Africa Center will join the Mayor’s Office of Immigrant Affairs, African Communities Together, and African Services Committee for African Immigrants in NYC: 2021 & Issues that Matter. The program will bring participants together with local, state, and federal officials to discuss issues that matter to African immigrants in NYC as we begin a new year and a new presidential administration following four years of restrictive immigration policies and sometimes strained relationships between African countries and the United States. United States Senator Kirsten Gillibrand (NY) will offer opening remarks and panelists will explore how policies of the Biden-Harris administration and potential legislative changes may impact African immigrants in NYC and across the country. 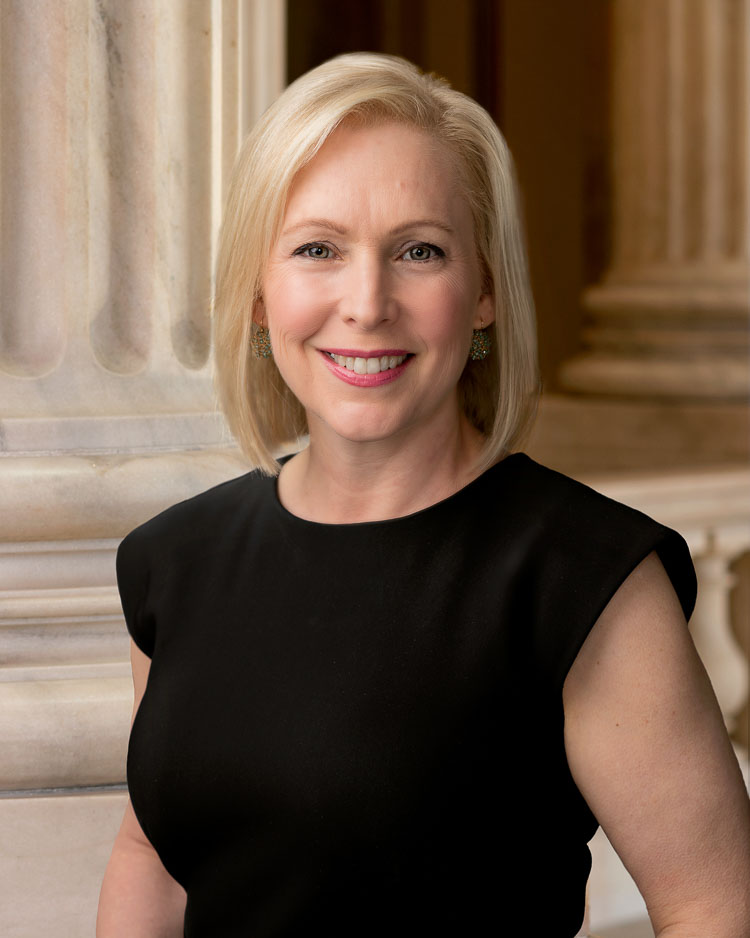 SENATOR KIRSTEN GILLIBRAND
One of Senator Kristen Gillibrand‘s top priorities in the United States Senate is to rebuild the American economy. She is fighting every day for more good-paying jobs, more products stamped with the words “Made in America,” and more new small businesses around New York State. She is determined to make sure that all New Yorkers have the opportunity to reach their potential, and she has consistently been a voice for the voiceless across New York and all around the country. 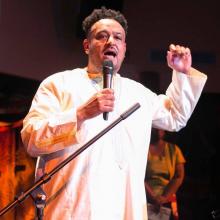 AMAHA KASSA is African Communities Together’s (ACT) founder and Executive Director. Amaha has 25 years of professional experience as a labor and community organizer, nonprofit director, and social entrepreneur. For nine years, Amaha directed East Bay Alliance for a Sustainable Economy, a workers’ rights nonprofit in Oakland, California, growing it from a startup to one of the leading organizations in its field. Prior to launching ACT, Amaha earned his law degree from the University of California, Berkeley and a Master’s in Public Policy from Harvard Kennedy School. He is an immigrant from Ethiopia. 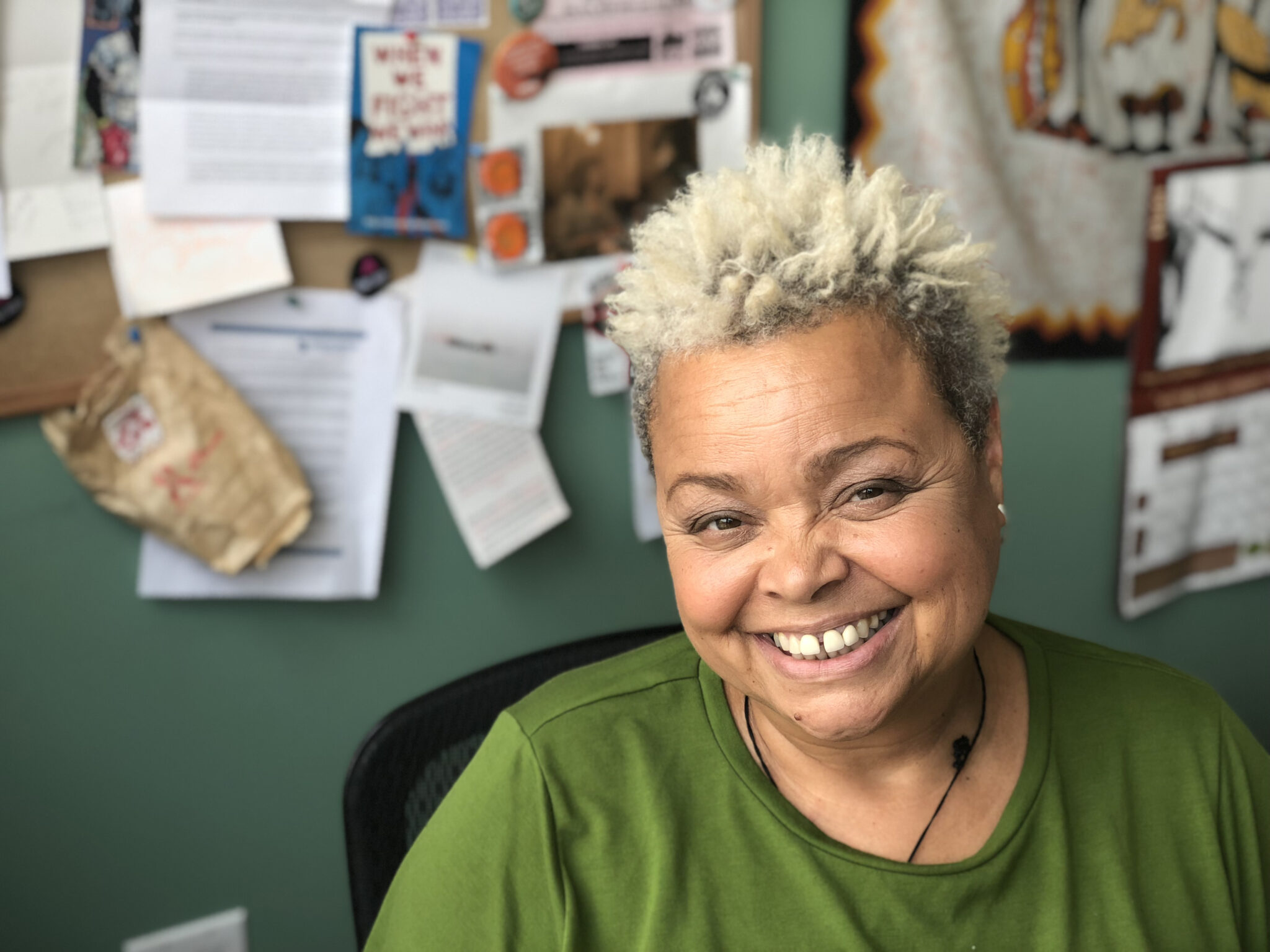 AMANDA LUGG began working in HIV/AIDS direct services and advocacy in New York City in 1994.  In 2000 as a member of ACT UP NY and the global AIDS treatment group Health GAP—where she is still an active member–Amanda’s focus turned to immigrants in the US impacted by HIV/AIDS and she began working with African Services Committee, a community-based human rights organization in Harlem that provides health, housing, legal and social support services to over 8,000 immigrants each year.

Today, as African Services’ Director of Advocacy and LGBTQ Programming, Amanda works at the intersection of healthcare and immigration by advocating for sound and effective public policy that ensures affordable and quality healthcare for immigrant and asylum-seeking populations and directs the agency’s LGBTQ program, promoting health and human services for African and Caribbean LGBTQ immigrants and asylum seekers.

Amanda has sat on several non-profit boards and is currently the Board Co-Chair of The Griot Circle, a community-based organization that addresses the needs of older LGBTQ people of color and serves as a member of the HIV Health and Human Services Planning Council of New York where she co-chairs the council’s Needs Assessment Committee.

Amanda was born in London, England, grew up in Iran and is of British and Ugandan heritage. 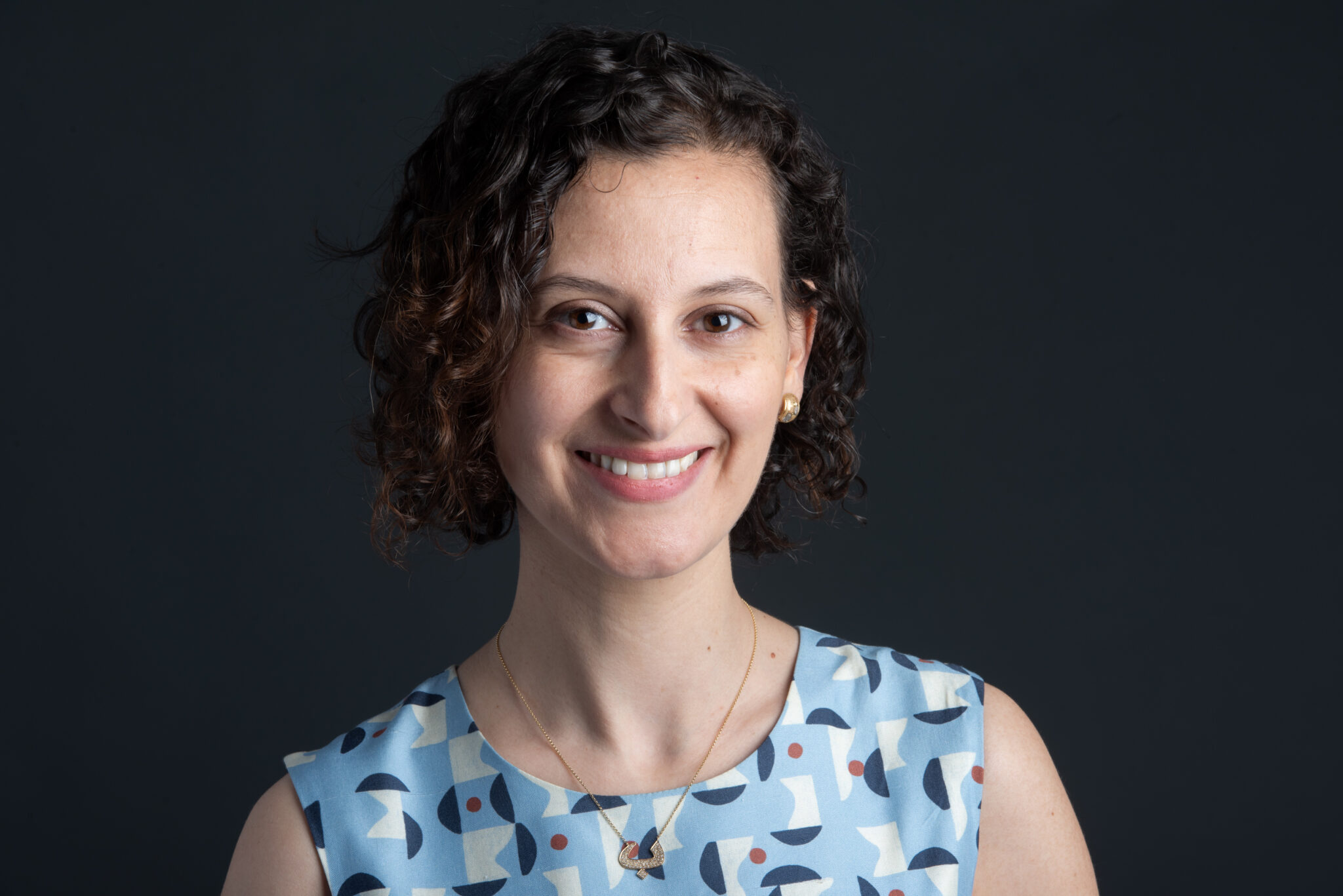 As Commissioner of the Mayor’s Office of Immigrant Affairs (MOIA), BITTA MOSTOFI has worked tirelessly to make New York City a more just and accessible place for immigrant families.

Bitta’s robust, strategic coordination of policy, outreach, communications, and programs—including IDNYC, NYC Care, and MOIA’s Know Your Rights, We Speak NYC, and poll-site interpretation programs—have empowered communities to work alongside MOIA in advocating for equity, resources, and justice. At a time when anti-immigrant sentiments drive federal policy, Bitta has led the City’s aggressive response to combat egregious policies through litigation against the public charge rule, the launch of rapid response legal and outreach support to address immigration enforcement, and the fight to defend DACA at the federal level.

Prior to MOIA, Bitta served as a Senior Staff Attorney at Safe Horizon and led advocacy campaigns at local and federal levels, spearheaded the Council on American Islamic Relations’ legal advocacy efforts for Muslim and Middle Eastern communities, received her law degree from DePaul University in Chicago, and was an early anti-war organizer and human rights advocate.

A proud daughter of Iranian immigrants, Bitta continues to amplify public awareness of global human rights injustices, particularly the plight of refugees from Iran and Iraq, through community organizing and advocacy. 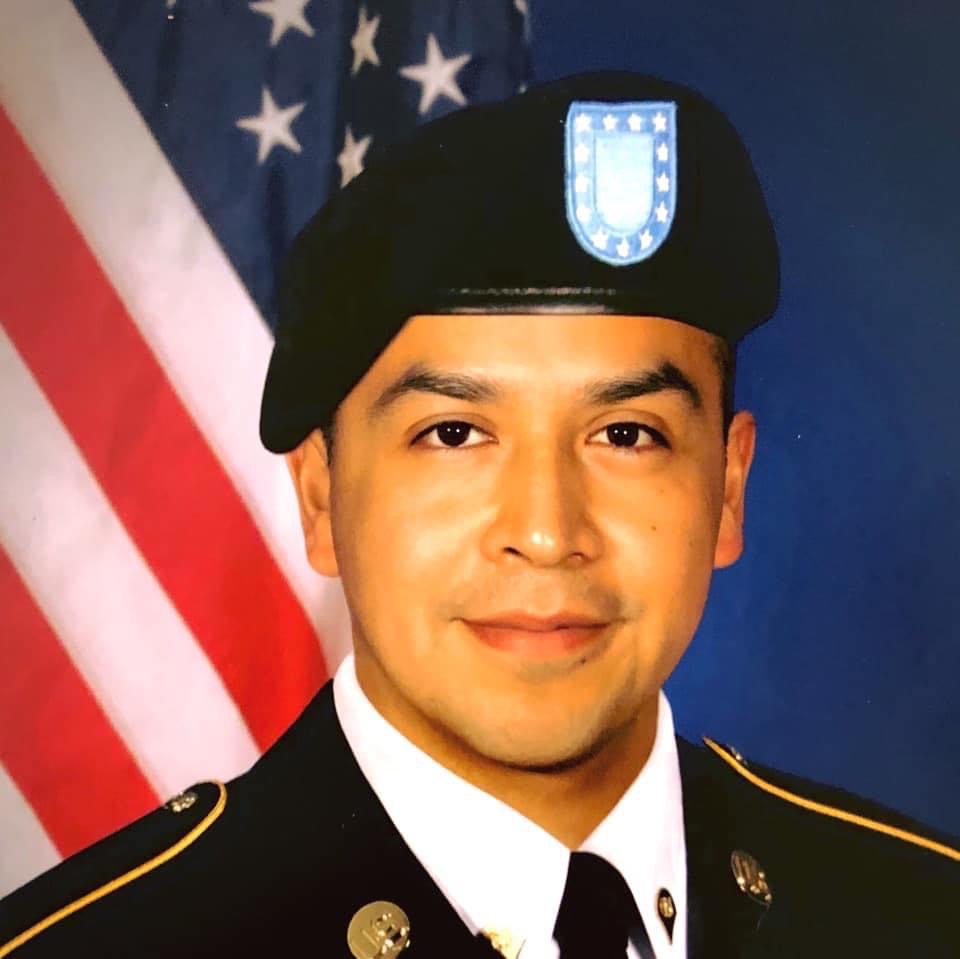 CESAR VARGAS is a nationally recognized leader at the forefront of the fight for immigration reform and the DREAM Act. Cesar was brought to New York from Mexico at age 5 after his father passed away. He excelled academically in both college and law school. As an undocumented law graduate from the City University of New York School of Law, he led the fight for equal opportunity and access to the practice of law. He has been recognized as one of Huffington Post’s “Prominent Latinos in American Politics”.

Nationwide and on Capitol Hill, Cesar has been a key player in the policy battle for a better immigration policy. His advocacy and story helped in the national efforts to convince President Obama to take executive action to create the Deferred Action for Childhood Arrivals (DACA) program, a much needed program in light of congressional inaction on immigration reform. Cesar has also educated immigrants across the country on their rights, spoken on behalf of his community at congressional hearings, volunteered at clinics to help immigrants know their rights, counsels military families dealing with immigration issues, and provides pro-bono representation to children facing deportation in immigration court. He is a frequent guest as a political and legal commentator on CNN, MSNBC, FOXNews, Univision, Telemundo, NY1. He is also a columnist on The Hill, WashingtonPost, NYTimes, Politico and other top publications from around the country writing on today’s most important immigration issues.
Cesar applied to join the New York bar in 2012, but the Second Department’s Committee on Character and Fitness recommended against his application because of his immigration status. In June 2015, and after nearly three-years legal battle, a five-judge panel in New York ruled that Cesar can be admitted to practice law in the state he has called home for most of his life. In February of 2016, he was finally sworn-in as a licensed attorney making history as the first undocumented lawyer in the state of New York. Cesar was the National Latino Outreach Strategist for Senator Bernie Sanders’ 2016 presidential campaign. He is currently serving in the U.S. Army reserve and works as an attorney with the Chair of the Committee on Immigration at the New York City Council overseeing immigration policy issues affecting the city of New York. 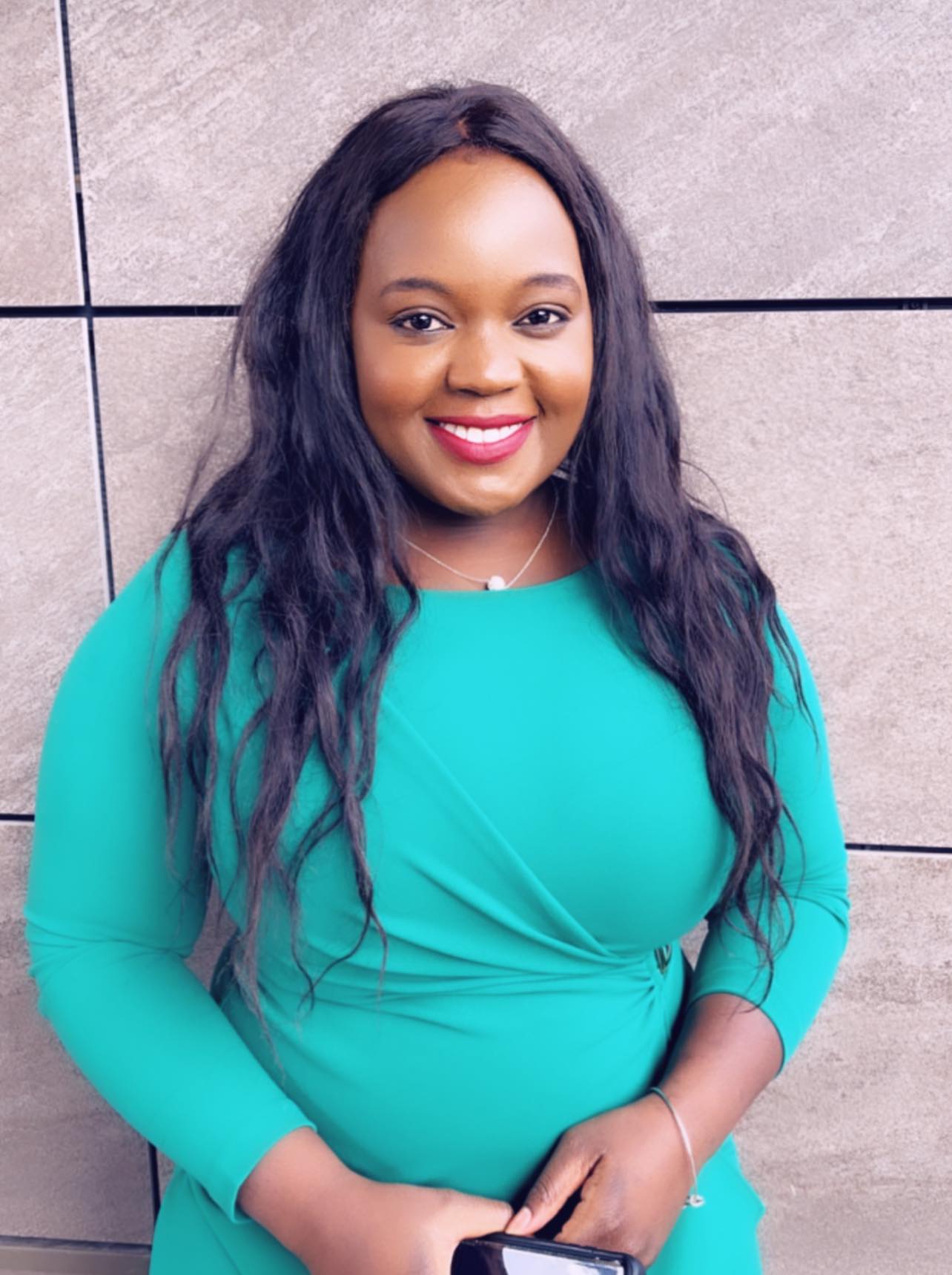 REMMY BAHATI is an Ugandan Journalist and a graduate student at Columbia University’s School of Journalism. Prior to joining Columbia University, Remmy worked as the United States National Correspondent for NBS Television, a Kampala based network. She also worked as a political reporter attached to the Parliament of Uganda for 9 years, rising through the ranks to become a Senior reporter. She is a broadcaster, television producer, Video editor and Writer whose range includes politics, business, health and current affairs. Her work has been featured on global outlets including TRT world, Huffington Post and Citizen TV.

An award-winning reporter on Human rights, Criminal Justice and Politics, Remmy also served as a youth delegate for the United Nations in 2017. As a television producer, Remmy started ‘The Frontline’, a weekly political show that airs on NBS Television since June 2017.

She is currently a staff reporter for New York City Reopens and NY City Lens.

CLICK HERE for resources shared by the Mayor’s Office of Immigrant Affairs during the program.