African Immigrants & Their American Children: A Discussion on Race & Identity

Join The Africa Center for an important discussion exploring African immigrants’ relationships and interactions with their children as it relates to race and identity.

In the U.S., many African-American parents have always felt that speaking with their children about race and racism is an essential part of parenting and raising Black children in America. Last year, Sesame Street and NORC at the University of Chicago released a study that found parents felt race has some impact on a child’s ability to succeed but rarely discuss race or ethnicity or social class. However, the study also showed that Black parents are more likely to say that race and ethnicity shape how other people treat their child and are more likely to talk with their kids about race/ethnicity than are White families.

African Immigrants & Their American Children: A Discussion on Race & Identity will explore if and how Africans in the U.S. speak to their children and teach them about race, ethnicity and broader issues related to the Black Lives Matter movement. The multi-generational discussion will cover the nuance and specificity of transcultural identities of children who grow up in America and parents potentially confronting their own “Blackness” for the first time as an immigrant in the U.S. This can make equipping their children with tools and offering them guidance to navigate a world that necessitates affirming that “Black Lives Matter” potentially even more complex. It may mean untangling their own biases and anti-(American) Blackness as well as learning to identify the intricacies of their own evolving experiences as they intersect between being Black and an immigrant to the U.S. This program will be an exchange of experiences, resources, and expert advice from both first generation Americans and African immigrants on how parents of African descent can initiate conversations about race, racism, anti-racism, identity, police brutality, and colorism with their children.

The conversation will be moderated by Grammy-nominated vocalist, writer, and first-generation American, Somi Kakoma. 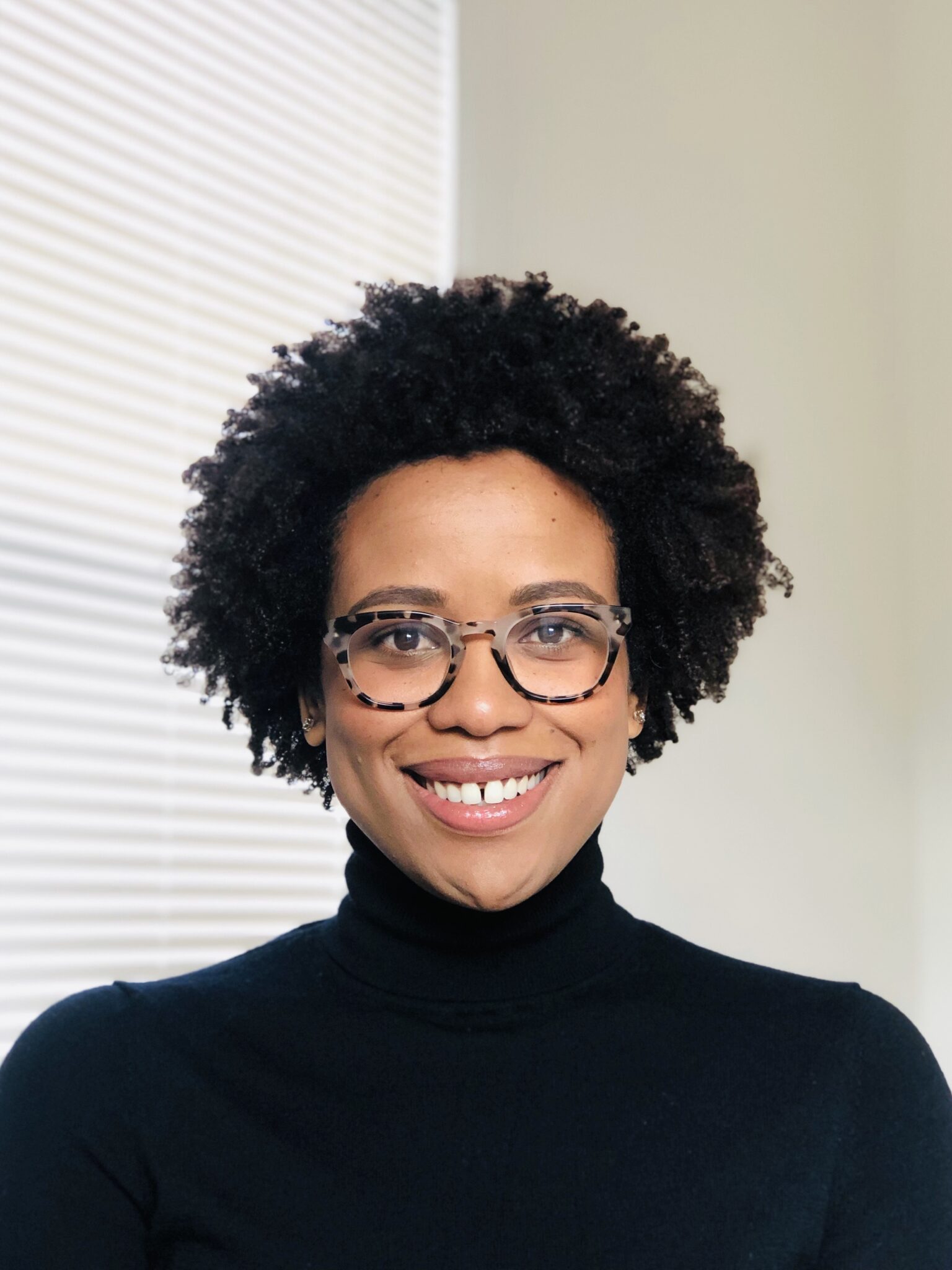 DENIQUE BOXHILL is an Associate Psychotherapist and a consultant at the intersection of mental health and organizational culture, centering racial equity. In her clinical work, Denique co-creates courageous healing spaces with her clients through a culturally inclusive and trauma-informed lens. She supports youth, individual adults, couples, and families in a group private practice in Oakland, California—Sankofa Holistic Counseling. She also works in community mental health through her role as a Therapist in Residence with the Bay Area Chapter of The Association of Black Psychologists.

As a consultant, Denique supports organizations with authentic commitments to racial justice. She facilitates conversations rooted in racial equity and helps organizations develop cultures and practices that embody inclusion, diversity, and accountability to support systemic change. Her clients span industries ranging from school districts and non-profit organizations nationwide to tech companies in the Bay Area. In her previous career in healthcare management consulting, she supported organizational strategy development, and change management across the continuum of care within large health systems, for over 10 years.

Denique is a Jamaican immigrant and she is passionate about celebrating our whole selves with all our intersectional identities. With a compassionate growth mindset, working from an anti-oppression and anti-racist foundation is a core tenet of her work.

Denique serves on the Board of Directors of the California Association for Licensed Professional Clinical Counselors, for which she is the President-elect. She holds Master’s degrees in Clinical Counseling and Health Services Administration and is an aspiring home chef. 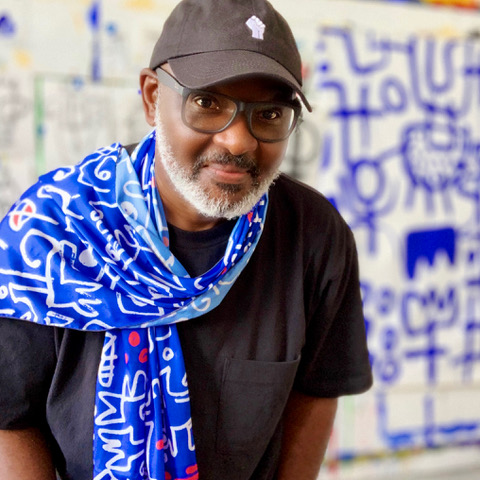 Nigerian-American artist,VICTOR EKPUK is based in Washington, DC. Ekpuk obtained a Bachelor of Fine Arts degree from University, Ife, Nigeria in 1989. He is renowned for glyph-like paintings and drawings that are inspired by the aesthetic philosophies of nsibidi, an indigenous Nigerian writing system as well as graphic forms of communication from diverse cultures. His art explores the human condition, drawing upon a wide spectrum of meaning that is rooted in African and global contemporary art discourses.

Victor is based in Washington D.C. where he and his African American wife live and raised their now 21 year old son. He migrated to the United States in 1998. 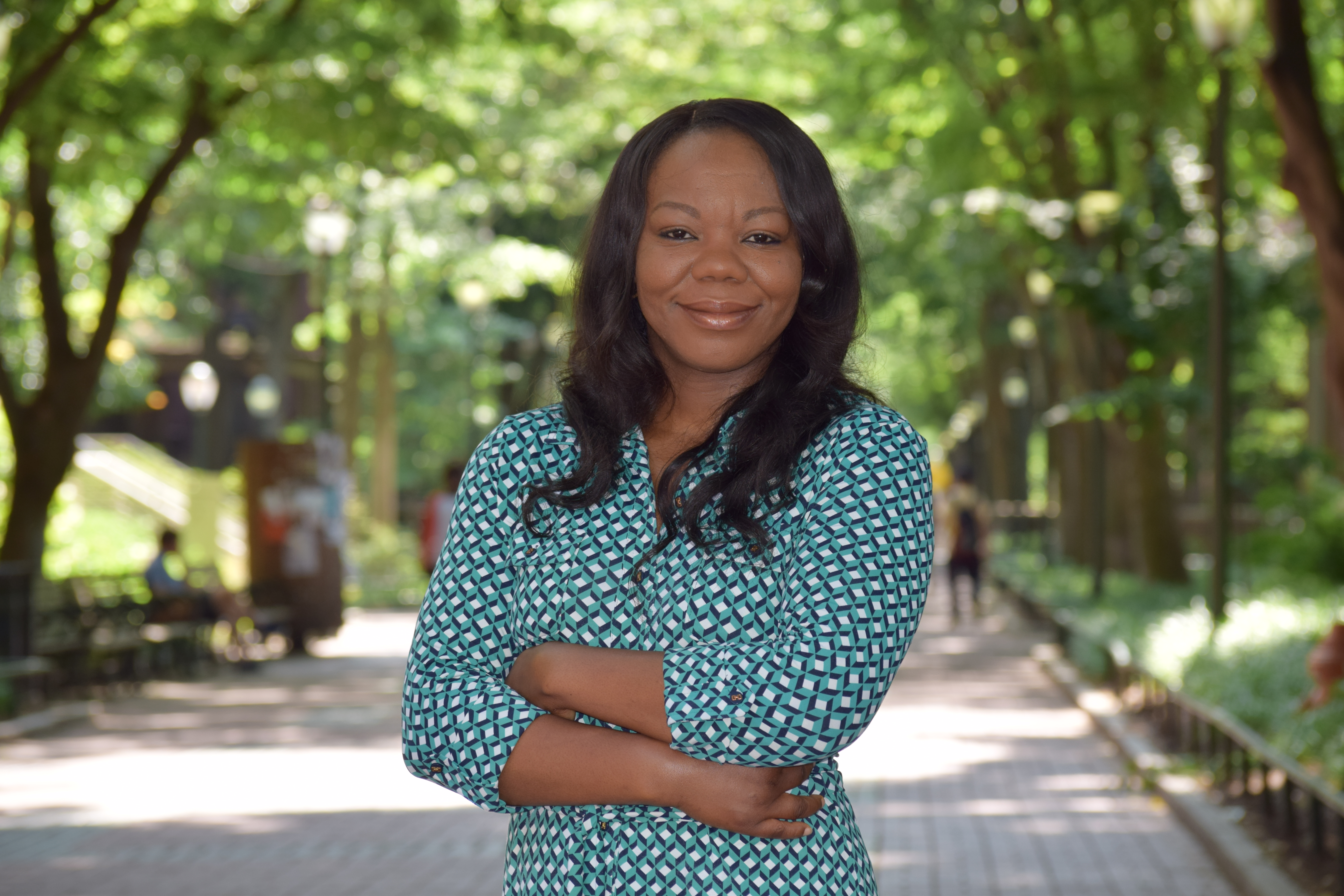 Her main research areas are international migration and race and ethnicity, with a special focus on first and second generation African immigrants in several national diasporas including the British and American Diasporas; Her first book, Beyond Expectations: Second Generation Nigerians in the United States and Britain, published by the University of California Press, is the first book-length comparative study on the adult African second generation in Britain and the United States. She is working on her second book, Lucky Migrants? West African Diversity Visa Migrants and the Downstream Effects of US Immigration Policy. She is a visiting scholar at the Russell Sage Foundation for AY19-20.

She serves as secretary/treasurer for the Section on Race and Ethnic Minorites, American Sociological Association. 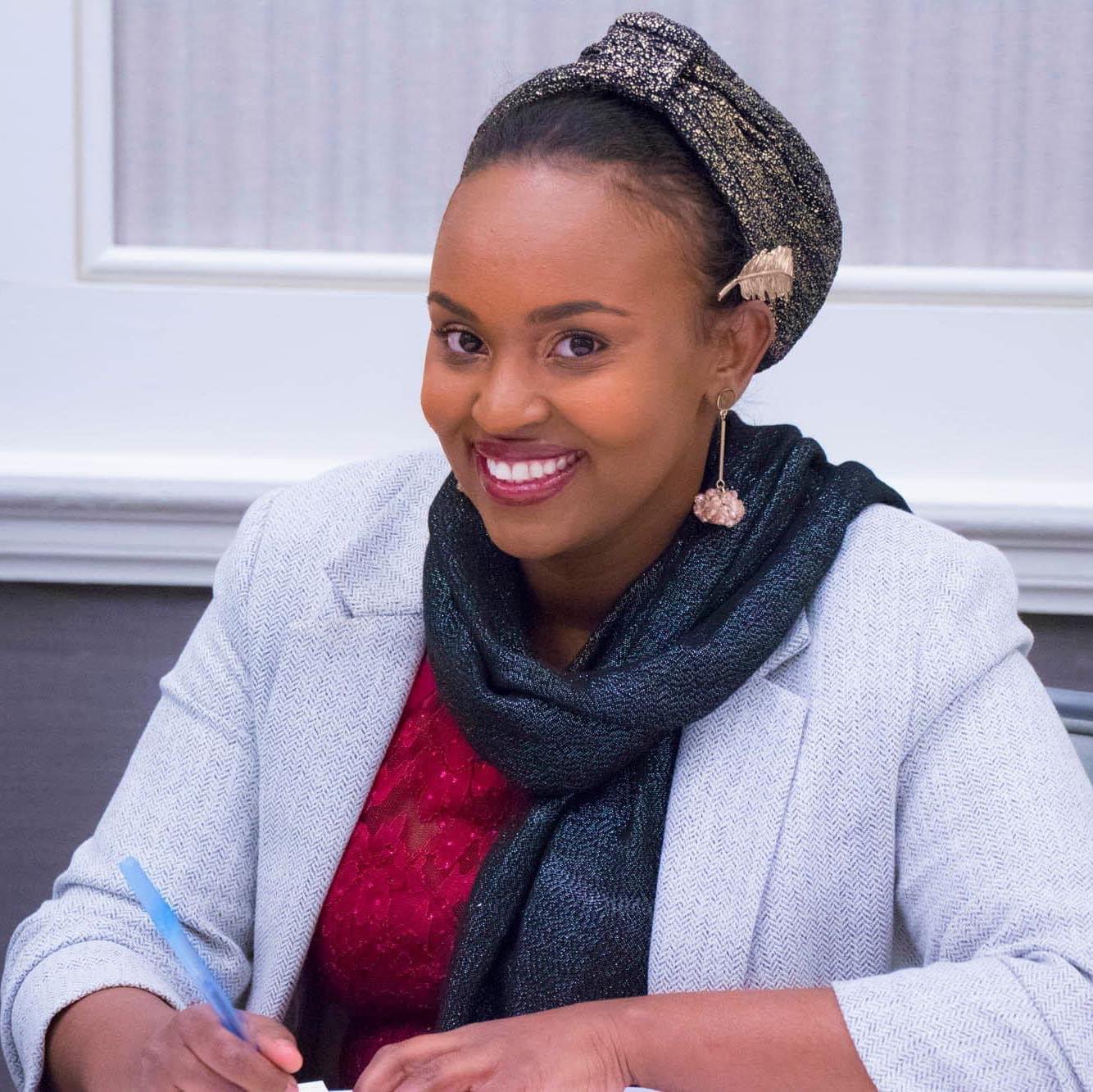 IFRAH UDGOON is a high school science teacher based in Columbus, Ohio in the United States. Originally from Somalia, but raised in the U.S. since the age of 12, she navigates the duality of being both an American and a perpetual foreigner while raising a teenage son in what is not a post-racial America. She’s passionate about arts and education and uses both in her practice of freedom. As an educator, she continuously advocates for higher education within her immigrant community, and educates the American public on immigration and multiculturalism. 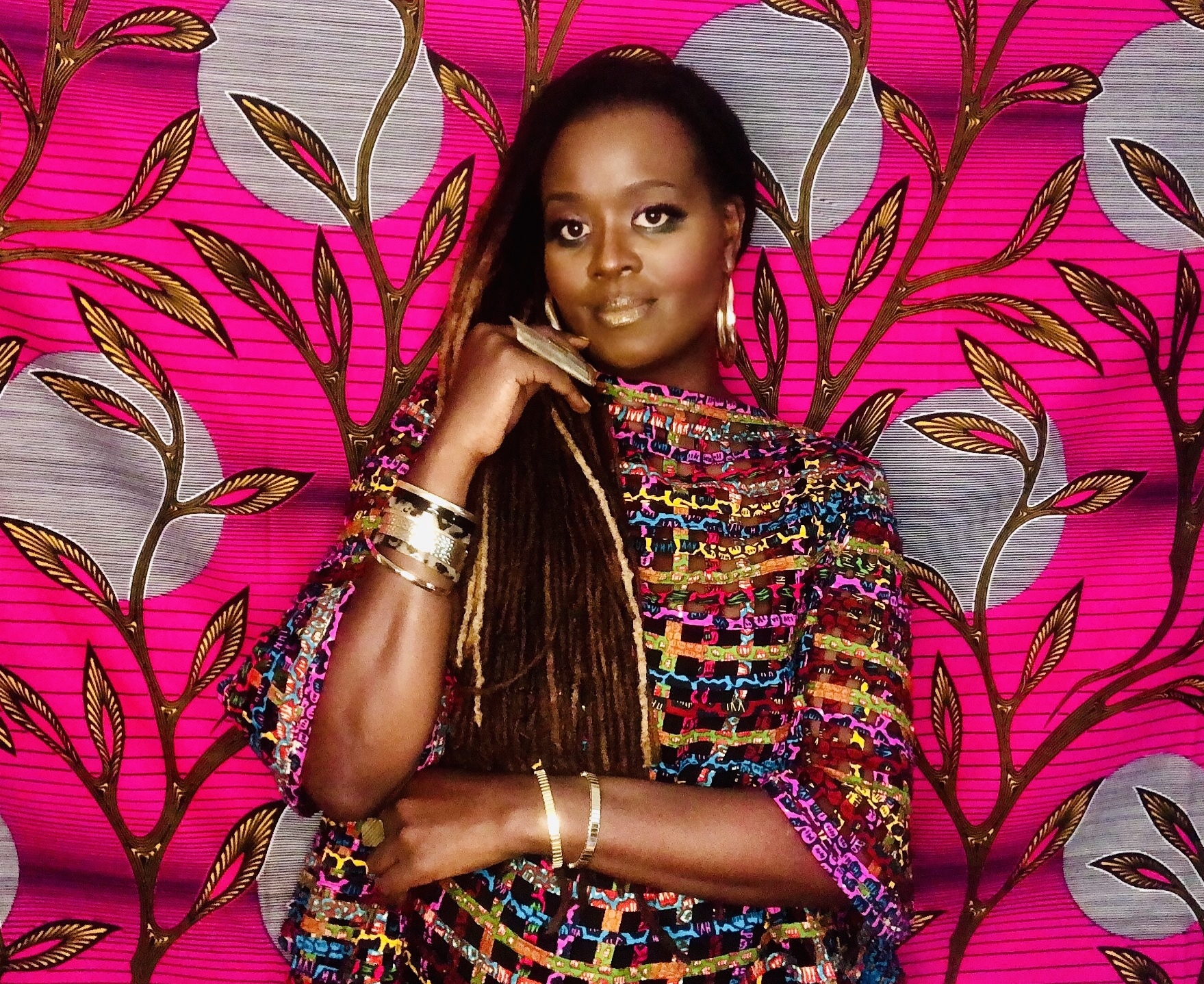 Vocalist, composer, performer, and writer Somi Kakoma was born in Illinois to immigrants from Uganda and Rwanda.  Known is the jazz world simply as ‘Somi’, she has built a career of transatlantic storytelling.  She recently released a new live album called ‘Holy Room’ which features the Frankfurt Radio Big Band and earned her a 2021 GRAMMY nomination for Best Jazz Vocal Album.  That nomination made her the first African woman nominated in any of the jazz categories.  Her last studio album, Petite Afrique (Sony, 2017), was a song cycle about African immigrants in the midst of a gentrified Harlem in New York City that won her an NAACP Image Award for Outstanding Jazz Album. It was also the highly anticipated follow-up to Somi’s acclaimed major label debut The Lagos Music Salon (Sony, 2014), which was inspired by an 18-month creative sabbatical in Lagos, Nigeria and landed at the top of US and international jazz charts.  Both albums earned her ECHO Jazz Award nominations for Best International Jazz Vocalist.

Recently venturing into theater, Somi was named a 2019 Sundance Theatre Fellow for her original musical ‘Dreaming Zenzile’ about the great South African singer and activist Miriam Makeba in which Somi also plays the lead.  The premiere production was shut down days before opening night due to COVID-19 but will return to the theater in fall 2021.

Mentored by the legendary Hugh Masekela, Somi is a Soros Equality Fellow, USA Doris Duke Fellow, TED Senior Fellow, and a tireless champion of her fellow African artists.  She is the founder of boutique cultural agency and record label Salon Africana.  In her heart of hearts, she is an East African Midwestern girl who loves family, poetry, and freedom.