Bread and the Contours of Capitalism

In partnership with The Museum of Food and Drink and Alma | Lewis, join Tunde Wey and Uzodinma Iweala for a virtual discussion about the impact of geopolitics and racial capitalism on food production and consumption on the African continent. Using food as an entry point, this conversation will explore the contours of capitalism and trade around the systemic economic subordination of Africa.

Tunde will also introduce us to his agege bread project. Agege bread is a popular bread sold streetside throughout Lagos. The bread is not only for consumption, it is also art. More importantly, it is a commentary on the volatility of global commodity prices as a result of covid and the Russia Ukraine war. Specifically, a reminder of the uneven distribution of burden caused by these geopolitical events which cause disproportionate harm to The Continent.

Tickets are free but registration is required in order to receive the zoom link. 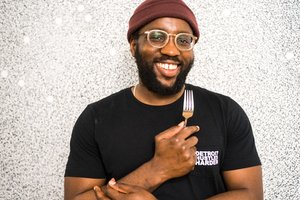 Tunde Wey is a Nigerian immigrant artist, chef and writer working at the intersection of food and social politics. His work engages systems of exploitative power, particularly race, immigration, gentrification and global capitalism, from the vantage point of the marginalized other. He uses food and dining spaces to confront and close the disparities these inequalities create. Tunde’s work has been written about in the New York Times, Washington Post, NPR, Vogue, and GQ. His own writing has been featured in the Boston Globe, Oxford American, CityLab, and the San Francisco Chronicle. He is a TIME Magazine 2019 Next Generation Leader and NYTimes 16 Black Chefs Changing Food in America 2019. He is the spring/summer 2022 artist-in-residence at ALMA|LEWIS, an experimental, contemporary art platform dedicated to Black culture, based in Pittsburgh, PA. Tunde is currently working on a book of essays slated for publish with MCD (a division of Farrar, Straus & Giroux). 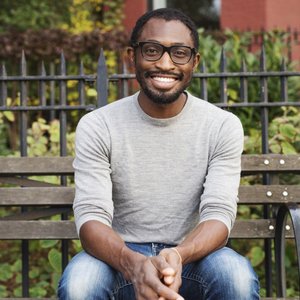