Leaving Lagos: Arie and Chuko Esiri on EYIMOFE (THIS IS MY DESIRE)

This program happened on Tuesday, July 13th at 12pm EST on Instagram Live

A triumph at the 2020 Berlin International Film Festival, EYIMOFE (THIS IS MY DESIRE) is the revelatory debut feature of co directors (and twin brothers) Arie and Chuko Esiri. A heartrending and hopeful portrait of human endurance in Lagos, Nigeria shot on richly textured 16mm film, EYIMOFE traces the journeys of two distantly connected strangers — Mofe (Jude Akuwudike), an electrician dealing with the fallout of a family tragedy, and Rosa (Temi Ami-Williams), a hairdresser supporting her pregnant teenage sister — as they each pursue their dream of starting a new life in Europe. From these intimate stories emerges a vivid snapshot of life in contemporary Lagos, whose social fabric is captured in all its vibrancy and complexity.

On July 13 at 12PM EST on Instagram Live, filmmakers Arie Esiri and Chuko Esiri will join the Africa Center’s CEO Uzodinma Iweala to discuss their film in advance of its New York opening on July 23rd at Film Forum. This program is in partnership with Janus Films. The conversation will cover the journey the brothers took to get the film made, from finding funding entirely within Nigeria to shooting on over 40 locations in Lagos, and the delicate balance of love and critique that they brought to portraying their home country on screen. In keeping with the theme of the film, broader ideas of home and migration will be discussed: what makes one desire to leave a place, what happens when that is not possible, and how the film’s exploration of these concerns speaks to the past, present, and future of Nigeria.

More information on the film, including a screening schedule, can be found here: https://eyimofemovie.com/ 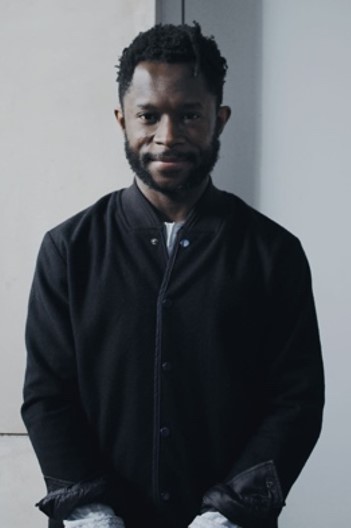 Finding photography in Paris, Arie honed his craft before returning to England, where he worked in the camera departments of a number of projects ranging from Audi to Vivienne Westwood and the BBC. In the work of Vittorio De Sica, Arie found a form of storytelling that could give voice to the long neglected tales of the average Nigerian. He has a Master’s of Fine Arts from Columbia University in New York. While there, he continued to collaborate with his brother Chuko, co-directing their short film Goose, which played at the 2017 LA Film Festival and producing Besida, an official selection at the 2018 Berlin Film Festival. He also produced Chika Anadu’s AMAA and AFI Fest award winning feature B for Boy. His work as a director has been featured on Vogue and Essence.com. He is an IFP Narrative Lab Fellow who currently divides his time between Lagos and New York. Eyimofe is his first feature film.

After graduating law school miserable, Chuko moved to New York and rattled around internships at The Gersh Agency and Innovative Artists, where he learned about the film business and discovered the concept of film school. Building on connections made during his time in New York, Chuko returned to Nigeria and produced Julius Onah’s Big Man as part of Focus Features’ Africa First Program. He went on to make two more short films: Goose, co-directed with twin brother, Arie, which premiered at the 2017 LA Film Festival, and Besida, an official selection at the 2018 Berlin Film Festival. He has a Masters in Fine Arts from New York University (NYU) where he was a Purple List Winner with his Eyimofe script, and is an IFP Narrative Lab Fellow. He lives in Lagos and Eyimofe is his first feature film.