On March 21, the United Nations observes the International Day for the Elimination of Racism. This year, Uzodinma Iweala, CEO of The Africa Center offered keynote remarks at the General Assembly. Read the full remarks below.

Your Excellencies, I wish you a good morning.

It is quite an honor to be here, invited to offer words on this incredibly special day. 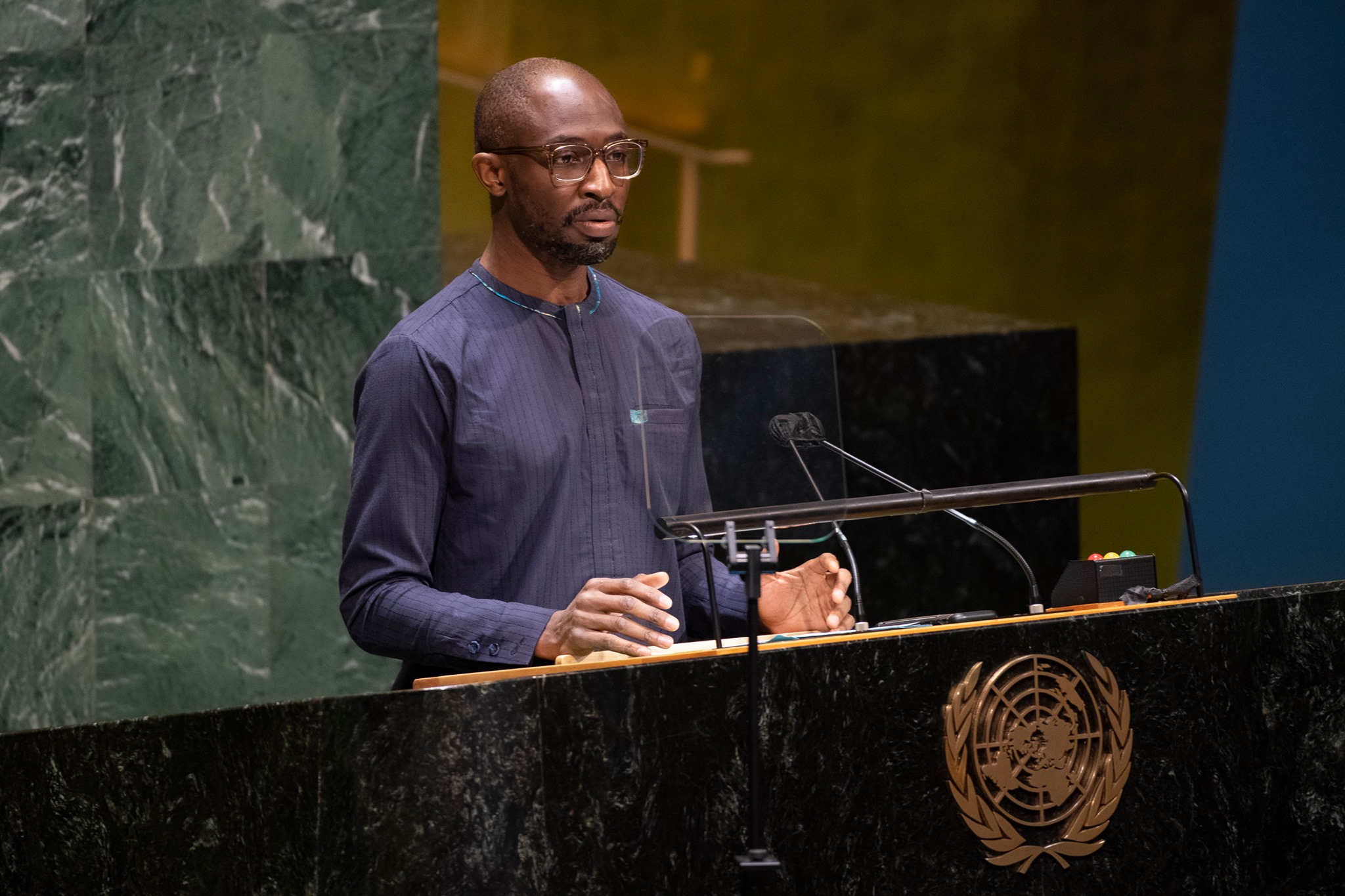 My name is Uzodinma Iweala, and I am CEO of The Africa Center here in New York, one of the few if not only, multidisciplinary institutions committed to shaping  narratives about Africa and its people in ways that positively impact the continent and all of our lives. We believe that through the thoughtful contemplation and exploration of the ways in which culture, economics, and policy intersect as related to Africa and its Diaspora  we can find ways  to improve the conditions of Africa’s 1.34 billion people and by extension, everyone in the world.  We are proud to be central to this work and to serve as a platform for related dialogue about race inclusivity and uniting our global community.

While I am incredibly honored to be here, it is a painful thing that an African man, a Nigerian and American man to be specific, to remember and contemplate the 69 lives taken by police during the Sharpeville Massacre in South Africa. That day, it is estimated that up to 10,000 peaceful protestors marched to the township’s police station as they joined their fellow Black South Africans in the decades long fight against apartheid. For me, the most solemn aspect of commemorating this day 52 years later, is that Ian Berry’s images capturing the tragedy of events on March 21, 1960 could easily be ones from around the world in 2020, indeed from the entirety of this immediate past decade, not just from more than 60 years ago.

Over the past ten years, and rising to a fever pitch in 2020, millions of people around the world of all ethnicities, races, genders, and ages have taken to the streets to proclaim that Black Life and Black Lives Matter. Though Black Lives Matter were not the words used in Sharpeville that day, this was the general sentiment of the protestors.  And as they took their pleas for full recognition and protection of their human rights to the people sworn to protect them, they were violently attacked instead, much like protestors in the streets of New York City, Washington, DC, Baltimore, Maryland, Seattle, Washington, Ferguson, Missouri and other major cities across the United States and the world have been as well.

You see, we cannot fully acknowledge the roots of racism without understanding the ways in which it is structured within our institutions. The ways in which police officers historically and continuously interact with people who are Black and Brown as opposed to those who are White can certainly be seen as personal – individual officers can always make a different decision, right? But the answer is more complicated than that. When we see inequitable treatment meted out to people of different races under the law and under a system of governance, the alignment is to an idea, one that is often unspoken with words in our public places, but consistently expressed through individual and collective actions and certainly experienced in their results. This idea is that somehow, the color of your skin subjects you to inhumane treatment by a system within which you live.  Painful as it is to recognize, this idea of white supremacy is a building block for many global systems — even the ones that seek peace and mutual understanding —and this has corrosive effects on their ability to function. It is belief in the idea of supremacy (whether white, religious, ethnic or what have you) which feeds unfair systems, that make certain peoples feel entitled to a greater portion of our planet’s shared resources and absolves them of any responsibility to act towards making life livable for all. We will never see progress on the most intense global challenges we face today so long as racism prevents true cooperation. I’ll say it a different way so you really hear me, and I’m not a diplomat so please forgive my directness: if we don’t act, racism will kill us all. We have to understand and acknowledge that these systems, these incredibly powerful structures that govern the way we operate, are based on this idea too. Because of our complicated and interconnected histories of colonialism, subjugation, violence, and resistance, we all are the affected and the effectors. We share the responsibility of making sure that the ways in which racism shows up in our systems, explicitly and implicitly are seen, confronted, and checked so that we can use our energy for bolder and brighter pursuits. We have seen the death and destruction caused by racism for far too long. If we don’t act, racism will kill us all.

I appreciate that the theme of this year’s International Day of Racism is focused on youth, because as we know, it’s usually the young people at the forefront of these movements to change the systems to which we have all become accustomed. It is their youth, their inexperience and unwillingness to conform to what is unfair that keeps this fight going. Young people fighting against racism will always be the present and the future. They are the antidote to the centuries-old poison  that people deserve less because of the color of their skin. We are all born knowing better. Sadly it’s our age that gets the best of us. We have to support the young ones who can remind us of our shared humanity. If we don’t support them, racism will kill us all.

My challenge to you today, to everyone in this room, and everyone listening to or watching this speech is that we all must remember that there is no act of fighting racism that is too small. It happens in our living rooms, in our coffee shops, in our workplaces, in our places of worship. It has to happen here, in this great General Assembly hall and in the offices of the United Nations. Each one of us, every day, and every moment we are confronted with the realities of speaking out against racism, standing with each other against hate, and living examples of love for each other —and yes— ourselves, each one of us moves this world towards a better future.  As we’ve seen with the terror attack in Atlanta this week, as we see every time a Black person dies in the name of white supremacy, the consequences of not taking a stand can be immediate and tragic. I think you know what I’m going to say — if we don’t fight together, racism will kill us all.

Your Excellencies (as we say in Nigeria) “It’s enough already”. I don’t want to suffocate in a world enamored of hate. I want to breathe. I want to breathe in the sweet and rejuvenating air of compassion and cooperation. I want to live fully, and fully aware that my life matters, my Black life matters, I want to extend the gift of a full unconstricted life to all people around the world. Will you join me?